Messages came in to me from all over the country on my answering machine at home and many of the people had made strangers of themselves in recent years.  A remote cousin from out West even got hold of me at some point drawling, “How you doin’ darlin, I saw all this nasty stuff on TV and was worried sick about ya, so I just had to call ya all”.  Eventually in the conversation, she implied that God had finally punished wicked New Yorkers with fire and brimstone for their sinful ways.

I felt fairly safe and secure in my home if I didn’t turn on the television or the radio.  There was plenty of food in the fridge and all the necessities of life as I knew it.   Though I was totally exhausted, when I got into my clean cozy bed, my mind went into overdrive as I lay there trying to sleep. What must it be like for people that live in war zones with collapsing buildings, maybe their own home gone, and never having a chance to live without the constancy of chaos?  What if I could not find my contact lenses, my glasses were destroyed, I could not read, there was no electricity at night, my child was wounded, the hospital was destroyed and on and on.

And yet, when I woke as the sun rose the next day, it was stunningly beautiful outside with  no humidity. Everything in my neighborhood was totally in tact, nothing overtly had changed until I turned on the TV and saw endless planes flying into buildings that collapse again and again,  less then a few miles from where I live.

There was nothing for me to do that day-everything was closed-everyone was totally distracted from what they had assumed were their real lives. I got on my bicycle and rode over to Riverside Park near the Boat Basin.  I laid out on my beach towel in an area that on the weekend was fairly quiet and peaceful.  I noticed that day that there was no place in the park to get away from the roar of huge trucks, some of them military, the rest of them dump trucks, out of town fire trucks and construction vehicles.  There were no cars or public transportation allowed to come in and out of the city, only those massive, noisy frightening vehicles roaring downtown to rescue, remove debris and rebuild.

I tried to read a few magazines I brought, but who could concentrate on the events of the week that had all been cancelled, exhibitions in the Museums that were closed now, or vacations to take when people were trapped in other countries because all the airports were closed?  Did I care anymore what would be fashionable that Winter?

As I stretched out  gazing unseeing at the beautiful clouds, terrified by the seriousness of the cavalcade of trucks, I started questioning my life.  Would I ever have interior design work to do again?  Would people care anymore about aesthetics after this?

How would I earn a living if nobody had the time for beauty, order, environment- all the things most important to me, if they were in survival, like I felt then? 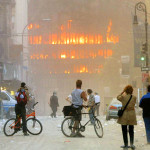 I could not bear to listen to my thoughts anymore.  I jumped up, packed my things in the bicycle basket and headed downtown, though I knew at some point I would be stopped as I heard on the news that you couldn’t go all the way to the World Trade Center, or what was left of it. Everyone had been advised to stay home, but I encountered a large group of bikers and walkers that could not stay away.  We were helpless to contribute anything except our camaraderie and a report to our uptown friends and acquaintances of how awful the devastation was. 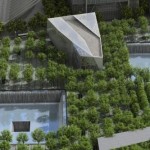 We recovered, I am thriving and thankful.  One of the few recent reminders of 2001 has been the upset with opening a gift shop at the Memorial Museum on the old sight of the Twin Towers.  Then this week, the Republicans are suggesting that if we do not go to war in Iraq again, there will be another 9/11! 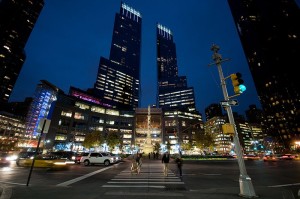 Last year at this time, after a particularly glorious day, I was sitting at my desk on the thirtieth floor by the window looking south at dusk.   Suddenly there were bright white lights aimed at the twin towers of the Time Warner buildings a few blocks from me.  I heard the engines of planes coming over head.  There was something different in the way the planes sounded to me and they seemed to be flying an unusual flight plan.  It took a few seconds for the airliners to appear in the sky over Central Park going south on a route I had not seen in the city.  I was petrified.  In those few moments, my mind rapidly went to thinking of what it might mean if once again planes crashed into skyscrapers,  this time in my own neighborhood.  Then, without incident, they flew over the diamond like, encrusted twin targets and my heart finally stopped pumping into my ears and I started breathing again, squeezing out a few tense tears of relief.